Fix vs Optimize in Regenerative Medicine 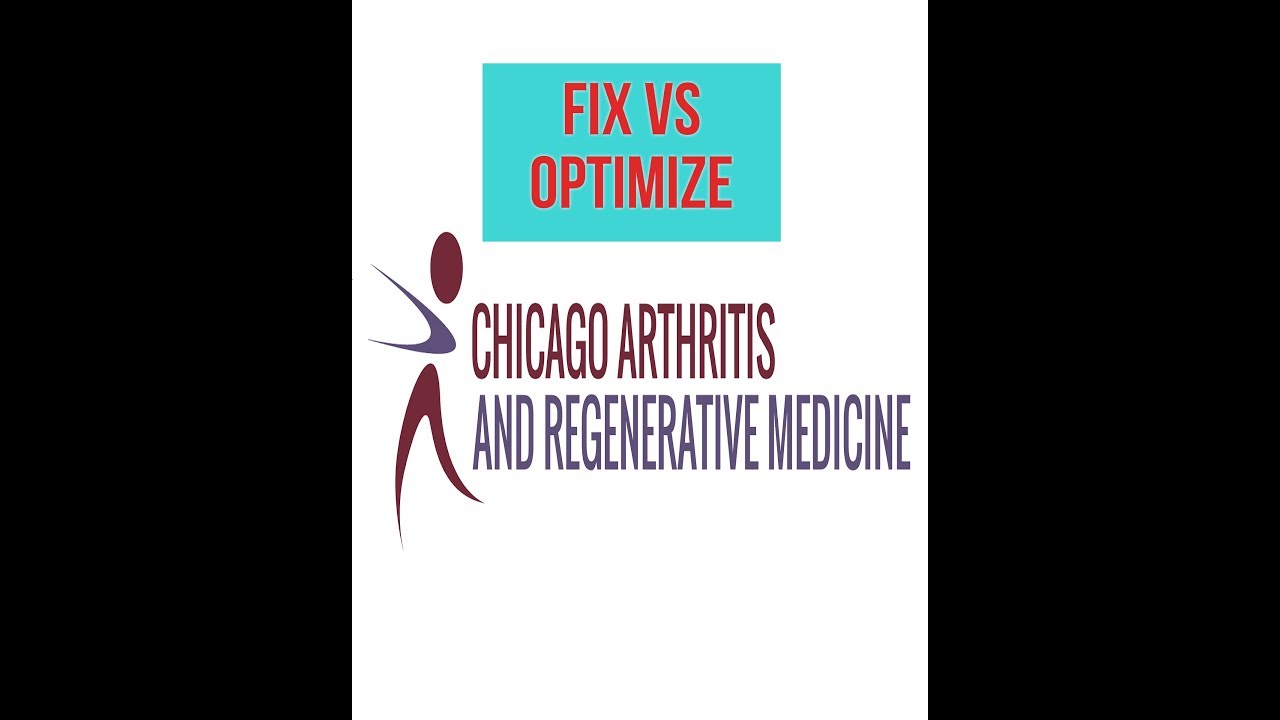 I had a patient today: A man in his mid thirties who has had a shoulder issue for the last year.

Not any really definitive injury, but essentially one that has, progressively over time developed due to certain exercises and physical activities that he partakes in.

So we were talking about what are his expectations from treatment?

And what is he looking for?

He’s at an age, 35, where he’s likely, with certain assumptions, to probably live until he’s around 85 years old.

He has a long time to go. And so, an interesting question is, what are his expectations for treatment for his shoulder?

And he’s had an opinion from someone else, where they talk about, can we fix or can he get his rotator cuff tendon that’s been partially injured, can that be fixed?

The intent being, can this be an issue that is handled and no longer something he has to think about for the next 50 years?

I think any sensible person, who reaches at least 40 plus years old, knows that there are certain injuries you develop over time, that even if they are mild, they can be relatively nagging.

And even if they get better, they’re not totally fixed. And it’s partly because in the vast majority of these scenarios, the issue isn’t really just one problem.

In this gentleman’s case, it’s not that he has a partial tear of his supraspinatus tendon and that’s all that’s causing the pain. It’s that, due to the act of living and the things that he participates in and enjoys, he’s developed a degree of instability in his shoulder due to some chronic strain of some of the ligaments.

That then has progressively left the shoulder slightly unstable, that eventually has led to a chronic wear and degenerative tear of his supraspinatus tendon and some early osteoarthritis of his acromioclavicular joint.

How do you treat that?

Well, however you treat it, and I think there’s a lot of good regenerative medicine treatment options.

It’s really important for this individual to understand that this is a chronic issue that we can make better, improve, optimize.

You have to go into it with your eyes open.

Meaning, what can you do on your own, to maximize not only result now but for the next 50 years?

And expect that, while we can treat on a biologic level, cellular level, to get your shoulder to a better state, it’s not really fully reasonable to use the word cure.

And even the word fix, we’re optimizing.

We’re not changing a tire. This is something, to some degree, in some manner, whether it’s in the shoulder, the neck, the elbow, other adjacent areas, that may be problematic, that we can optimize, so that his pain level is very well-controlled with minimal medication.

And so that he can live a quality of life and participate in life at a functional level that he’s very happy with.

That’s a lot more nuanced and honest and reasonable than just saying, “We can fix your shoulder.”

Let me know your thoughts.